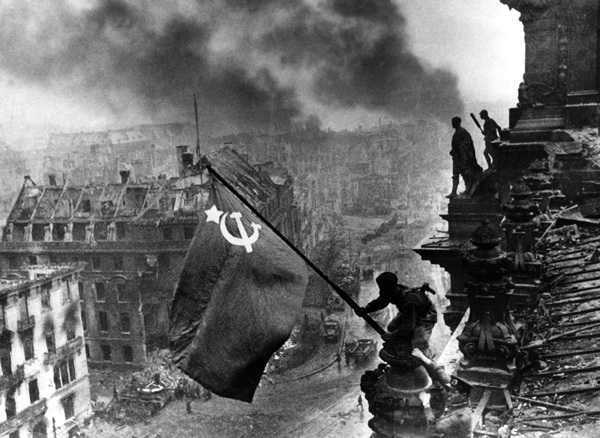 This photograph, of the raising of the flag of the USSR over the Reichstag in Berlin after the Red Army took the building on 2nd May 1945, was shot by the soviet photo-journalist Yevgeny Khaldei. He used his Leica camera to capture the moment of triumph. Stalin himself had urged a flag to be mounted on the building, seen as a key symbol at the heart of the fascist beast, to indicate the victory of the Red Army in the Battle of Berlin.